With Chris Ware and Chris Oliveros, Jeet Heer is editing a series of volumes reprinting Frank King's Gasoline Alley, three volumes of which have been published. A Toronto-based writer, he has written introductory essays to the George Herriman Krazy and Ignatz series. Kent Worcester teaches political theory at Marymount Manhattan College. He is the author of C. L. R. James: A Political Biography and a member of the Board of Trustees of the Museum of Comic and Cartoon Art (MoCCA). 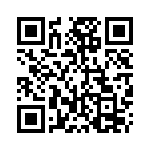