I appreciate Hurston's writing. She is an author who is ahead of her time, especially when it comes to depicting women as capable of being independent thinkers. It takes the main character, Janie ... ĺ\Ň™ĶŻĹ◊•Ģ§Ś

How a young independent thinking African-American woman in Florida finally realizes happiness after a life filled with sorrow. The heavy Southern dialect confused me for awhile and made the story slow going. I guess it did add "local color." An early feminist work. ĺ\Ň™ĶŻĹ◊•Ģ§Ś

Zora Neale Hurston (1891-1960) was a novelist, folklorist, and anthropologist whose fictional and factual accounts of black heritage remain unparalleled. Her many books include Dust Tracks on a Road; Their Eyes Were Watching God; Jonah's Gourd Vine; Moses, Man of the Mountain; Mules and Men; and Every Tongue Got to Confess. 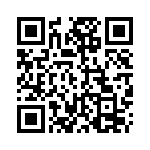