Charming and cute - I somehow missed reading this and my youth. Like the title implies this story is about a cricket who ends up in New York City after getting stuck in a picnic basket. A young boy ... Š\┼¬Ą¹Įūź■żÕ

This is the story of Chester Cricket, who arrives from Connecticut, in the Times Square subway station. Chester is found by Mario Bellini, a boy whose family runs a newsstand. Mario adopts Chester and ... Š\┼¬Ą¹Įūź■żÕ

Garth Williams was born in New York City on April 16, 1912. He graduated from the Royal Academy of Art and won a British Prix de Rome as a sculptor. During World War II, he was wounded in an air raid while serving as a Red Cross ambulance dispatcher in London. He moved back to the United States and started his career as an illustrator. The first book he illustrated was Stuart Little by E. B. White. He went on to illustrate Charlotte's Web by E. B. White, Laura Ingalls Wilder's Little House on the Prairie series, The Cricket in Times Square by George Selden, and others. In 1958, he wrote and illustrated The Rabbits' Wedding, which became the subject of controversy because the book dealt with a marriage between a white rabbit and a black rabbit. It was attacked by the White Citizens Council in Alabama and charged with promoting racial integration and was removed from general circulation by the Alabama Public Library Service Division. He died on May 8, 1996 at the age of 84. 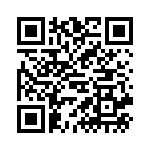