第 41 頁
The westem region refers to Xinjiang , Qinghai , Ningxia , Tibet , Shaanxi , Yunnan , Sichuan , Gansu and Guizhou . The data for this paragraph draw from Woo Tun - oy , “ Regional Economic Development and Disparities , ” in Maurice ...
第 300 頁
119. The strategy of “ pairing ” is becoming increasingly popular . According to interviewees in Ji'nan , Zhu Rongji adopted it for nationwide implementation , and Shandong was paired with Qinghai . See Qinghai ribao , April 16 , 1993.
第 408 頁
After he was rehabilitated , he was appointed the Party and government leader of Fujian , Zhejiang and Qinghai . It is said that while in Qinghai , Tan complained repeatedly about the hard living and working conditions in Qinghai and ... 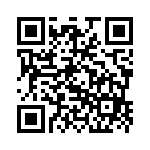