It's about the adventures of a young Chinese boy at the beginning of the Mongol rule; he learns painfully and slowly that simple obedience to elders and the teachings of others isn't an answer to all ... ¥\┼¬Á¹¢ÎÑ■ñÕ

Such a frustrating book to read, in an amazing why. I was drawn into this wonderful yet heart wrenching of a story. I found myself loathing multiple characters and questioning the motive/reasoning ... ¥\┼¬Á¹¢ÎÑ■ñÕ

Geraldine McCaughrean was born in Enfield, England on June 6, 1951. She was educated at Christ Church College, Canterbury. She has written more than 160 books and plays for children and adults. Her writing career includes the retelling of such classics as One Thousand and One Arabian Nights, The Canterbury Tales, and The Bronze Cauldron: Myths and Legends of the World, which is a collection of stories from all over the world. She has received numerous awards including three Whitbread Children's Book Awards for A Little Lower Than the Angels, Gold Dust, and Not the End of the World. She also received the Guardian Prize and Carnegie Medal for A Pack of Lies, the Beefeater Children's Novel Award for Gold Dawn, the Michael L. Printz Award for The White Darkness, and the 2018 Carnegie Medal for children's and YA books for her middle-grade novel Where the World Ends. 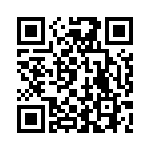