第 頁
Were the disagreements between General Douglas MacArthur and President Harry S. Truman over Formosa and carrying the war to Red China as pronounced as commonly thought ? How far apart on these issues were the Joint Chiefs of Staff and ...
第 3 頁
On March 1 , 1919 , they read it in villages throughout the country , and thousands marched , carrying the forbidden flag of Korea . During the next few weeks , Japanese soldiers hunted down the leaders of the nationalist revolt and ...
第 5 頁
Finally , to break the deadlock , the United States , on August 26 , 1947 , proposed that the original four powers meet again to decide how best to carry out unification . China and Great Britain agreed , but the Soviet Union refused ...
第 7 頁
With a broad tread and protected by heavy armor plate , the T - 34 weighed 32 tons mounted an 85 - mm gun , and carried two 7.62 - mm machine guns . Some observers credited the NKPA with being , next to the Soviet Army itself ...
第 10 頁
Four of the divisions were in Japan , one division was in Europe , and five divisions ( the General Reserve , to carry out the Army's emergency assignments ) were in the United States . The army's total troop strength was 592,000 .
下一頁 »

第 13 頁 - Should such an attack occur one hesitates to say where such an armed attack could come from the initial reliance must be on the people attacked to resist it and then upon the commitments of the entire civilized world under the Charter of the United Nations...
出現在 191 書籍中，時間範圍：1929-2007
第 132 頁 - Old soldiers never die; they just fade away." And like the old soldier of that ballad, I now close my military career and just fade away — an old soldier who tried to do his duty as God gave him the light to see that duty.
出現在 190 書籍中，時間範圍：1886-2008
更多
第 25 頁 - Nations furnish such assistance to the Republic of Korea as may be necessary to repel the armed attack and to restore international peace and security in the area.
出現在 554 書籍中，時間範圍：1782-2008
第 121 頁 - I stand ready at any time to confer in the field with the commander in chief of the enemy forces in an earnest effort to find any military means whereby the realization of the political objectives of the United Nations in Korea, to which no nation may justly take exceptions, might be accomplished without further bloodshed.
出現在 52 書籍中，時間範圍：1929-2005
第 132 頁 - Korea and bring hostilities to an end with the least possible delay and at a saving of countless American and Allied lives, I have been severely criticized in lay circles, principally abroad, despite my understanding that from a military standpoint the above views have been fully shared in the past by practically every military leader concerned with the Korean campaign, including our own Joint Chiefs of Staff.
出現在 66 書籍中，時間範圍：1932-2005
第 91 頁 - If successful this should for all practical purposes end the war. restore peace and unity to Korea, enable the prompt withdrawal of United Nations military forces, and permit the complete assumption by the Korean people and nation of full sovereignty and international equality.
出現在 22 書籍中，時間範圍：1951-2007
第 64 頁 - All constituent acts be taken, including the holding of elections, under the auspices of the United Nations, for the establishment of a unified, independent and democratic Government in the sovereign State of Korea...
出現在 153 書籍中，時間範圍：1782-2006
較少

DENNIS D. WAINSTOCK is an Associate Professor of History at Salem-Teikyo University in Salem, West Virginia. His teaching interests include American foreign policy, American politics and government, the Far East, the Middle East, and African-American history. He is the author of The Decision to Drop the Atomic Bomb (Praeger, 1996). 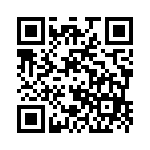