Entrancing, exciting adventure with airships, pirates, and mysterious flying mammals takes place on an earth with the same geography as ours but different technology. Fifteen-year-old Matt works as ... ĺ\Ň™ĶŻĹ◊•Ģ§Ś

A Fun And Adventurous Read

KENNETH OPPEL is the Governor General°¶s Award°Vwinning author of Airborn and the Silverwing series, which has sold over a million copies worldwide. Kenneth Oppel lives in Toronto with his wife and their three children. Visit his website at www.kennethoppel.com. 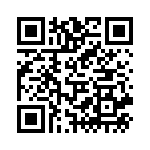