Gary R. Hess is Distinguished Research Professor of History at Bowling Green State University. He is the author of The United States at War, 1941-1945; Vietnam and the United States: Origins and Legacy of War; The United States' Emergence as a Southeast Asia Power, 1940-1950; America Encounters India, 1941-1947; and numerous essays. He was president of the Society for Historians of American Foreign Relations in 1991 and has served on the Board of Editors of Diplomatic History. He has been a four-time Fulbright Scholar/Lecturer in India. 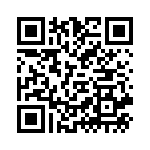