DONALD F. BUSKY is Adjunct Professor of History and Political Science at Camden County College. He is the author of Democratic Socialism: A Global Survey (Praeger, 2000) and the companion volumes to the present book: From Utopian Socialism to the Rise and Fall of the Soviet Union: Communism in History and Theory and The European Experience with Communism: History and Theory, both published by Praeger in 2002. 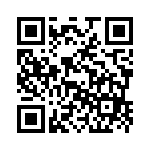