Joe Lauria is an author and former Wall Street Journalcorrespondent who has also reported for the Boston Globeand The Sunday Times (London), among other newspapers.

Julian Assange is the editor-in-chief of WikiLeaks. He is the author of Cypherpunks: Freedom and the Future of the Internet (OR Books, 2012) and When Google Met WikiLeaks(OR Books, 2014). He is currently a refugee under the protection of the government of Ecuador, and lives in the Ecuadorian embassy in London. 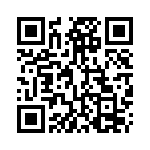