Ian Bremmer is an American political scientist and writer. He was born in 1969. He is the president and founder of Eurasia Group and a professor at Columbia University. His books include, The J Curve: A New Way to Understand Why Nations Rise and Fall, The Fat Tail: The Power of Political Knowledge in an Uncertain World (co-authored with Preston Kent), The End of the Free Market: Who Wins the War Between States and Corporations?, Every Nation for Itself: Winners and Losers in a G-Zero World, Superpower: Three Choices for America's Role in the World, and Us vs. Them: The Failure of Globalism. 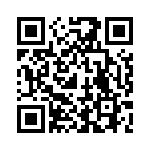