≤ń 5 ≠∂
"That's a nice sweater, Kathy," said Allison, who always tried to say something nice. Kathy moved on to Terrence. "I'm sure glad to see you, Terrence!" she said. "You are?" asked Terrence. "Yes," said Kathy. "I thought you'd be in jail ...
≤ń 12 ≠∂
Rondi tried to think of words that rhymed with blue. She raised her hand. "Mrs. Jewls!" she said. "I chose blue. Can I rhyme that with zoo?" "Yes, that would be a good rhyme," agreed Mrs. Jewls. "How about glue?" asked Rondi.
≤ń 13 ≠∂
I'm no good at poetry. I stinkl" "Just keep trying," said Mrs. Jewls. Dana returned to her seat She started to put her 13.

Mr. Sachar received a B.A. in economics from the University of California at Berkeley. His first book, Sideways Stories from Wayside School, was accepted for publication during his first year of law school. After receiving his law degree, he spent six years asking himself whether he wanted to be an author or a lawyer before deciding to write for children full-time. His books include Wayside School Gets a Little Stranger, There°¶s a Boy in the Girls°¶ Bathroom, Wayside School is Falling Down, Dogs Don°¶t Tell Jokes, and the Marvin Redpost series.

Louis Sachar lives in Austin, Texas, with his wife and their daughter, Sherre. 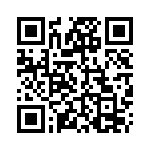