Frederic Charles Schaffer is Lecturer on Social Studies at Harvard University and Research Associate at the Center for International Studies, Massachusetts Institute of Technology. He has worked as an election specialist in Iraq and Haiti. He is the author of Democracy in Translation: Understanding Politics in an Unfamiliar Culture, also from Cornell. 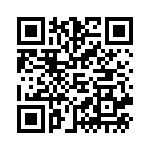