Art, intrigue, and plenty of twists and turns make this art mystery a great read. Petra Andalee and Calder Pillay set out to find the connection between their teacher (a freewheeling constructivist ... ¥\┼¬Á¹¢ÎÑ■ñÕ

Fun and artistic, a masterpiece=)

FANTASTIC! I was extremely impressed with this book and immediately went looking for the second one in the series. It's a great mystery about a stolen piece of art, but its also a great story about each character and what art means to them. ¥\┼¬Á¹¢ÎÑ■ñÕ

Blue Balliett was born in New York City in 1955. She received a degree in art history from Brown University. After graduating, she moved to Nantucket Island, Massachusetts and wrote two books of ghost stories. She eventually moved to Chicago and taught third grade at the University of Chicago Laboratory Schools. Her first children's book, Chasing Vermeer, won the 2005 Edgar Award in the Best Juvenile category. Her other works include The Wright 3 (2006), The Calder Game (2008), and The Danger Box (2010). 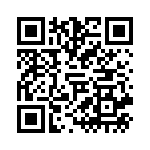