Dr David Cameron is a biological anthropologist who has written several books. In early 2003 he conducted a preliminary survey of the Anzac Gallipoli battlefields and held numerous discussions with Turkish and Australian government officials about conservation issues relating to the Anzac area. He became interested in the actual landing and decided to write this book. 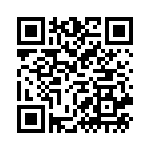