Louis Sachar was born in East Meadow, New York on March 20, 1954. He attended the University of California, at Berkeley. During his senior year, he helped out at Hillside Elementary School. It was his experience there that led to his first book, Sideways Stories from Wayside School, written in 1976. After college, he worked for a while in a sweater warehouse in Norwalk, Connecticut before attending Hastings College of the Law in San Francisco, where he graduated in 1980. Sideways Stories from Wayside School was accepted for publication during his first week of law school. He worked part-time as a lawyer for eight years before becoming a full-time writer in 1989. His other works include There's a Boy in the Girls' Bathroom, the Marvin Redpost books, Fuzzy Mud, and Holes, which won the 1999 Newbery Medal, the National Book Award, and the Boston Globe-Horn Book Award and was made into a major motion picture. 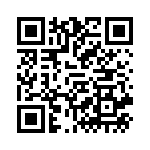