Right here is a book that I have heard about all the time, but was never assigned to read when I attended public schools. Even when I took a class on genocides in college, it was never mentioned, much ... Ÿ\ĆȘ”ûœŚ„ț€ć

If you keep the title in mind while reading instead of the historical outcome, this really is a fascinating look into the mind of a teenager from wartorn 1940s Holland (but it is also an important historical document, too). Ÿ\ĆȘ”ûœŚ„ț€ć 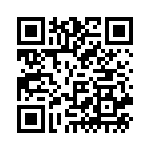