Kent L. Tedin is the Kenneth Lay Professor of Political Science at the University of Houston. He served as department chair from 1984 to 2002. He has written extensively on political socialization, notably the influence of families and peers on the filial generation. He has also written a number articles on schools and public opinion, including how charter schools affect the social capital of parents, as well as how race and academic quality attributed to character school affect parent choice. Recently he has written on the dffect on public opinion of president's “going public.” He has published articles in every major political science journal including the American Political Science Review, the American Journal of Political Science, the Journal of Politics, the Public Opinion Quarterly and others. 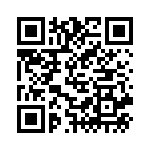