Insightful and timeless. I didn't realise until halfway through that this was written a century ago. Makes good points about the problems with democracy and limits to informed decision making. æ\≈™µ˚Ω◊•˛§Â

Walter Lippmann, an American political journalist, dominated political journalism in the United States from World War I almost until his death. In his last year as a student at Harvard University, he was an assistant to the philosopher George Santayana. He read extensively in Freud and was in every sense an "intellectual" journalist. "His Public Opinion" (1922) became the intellectual anchor for the study of public opinion, and it is widely read today. He came close in this book to questioning whether citizens can possibly make rational, democratic decisions. The source of the difficulty is not our irrationality but the inherent nature of the modern system of mass communication; information must be condensed into brief slogans. These slogans become stereotypes, a concept that Lippmann brilliantly analyzed prior to its acceptance by psychologists. As a political columnist, he wrote on many topics, particularly on foreign relations, and he held a position of prestige in Washington's press corps that has never been matched. Alastair Buchan wrote in 1974 that Walter Lippman was "the name that opened every door. 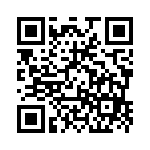