Can you imagine working on a mystery that even the FBI can°¶t solve? In Chasing Vermeer, Petra Andalee finds a book about odd occurrences that completely captures her interest and makes her start ... ĺ\Ň™ĶŻĹ◊•Ģ§Ś

Calder Pillay enjoys puzzles and is fascinated with pentominoes. Petra Andalee aspires to be a writer. They are classmates in Ms. Hussy's 6th grade class. They are not really friends, but become good ... ĺ\Ň™ĶŻĹ◊•Ģ§Ś

Blue Balliett was born in New York City in 1955. She received a degree in art history from Brown University. After graduating, she moved to Nantucket Island, Massachusetts and wrote two books of ghost stories. She eventually moved to Chicago and taught third grade at the University of Chicago Laboratory Schools. Her first children's book, Chasing Vermeer, won the 2005 Edgar Award in the Best Juvenile category. Her other works include The Wright 3 (2006), The Calder Game (2008), and The Danger Box (2010). 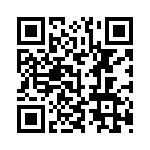