From the ground to the sky. Two brothers who's curiosity led them to reach the sky. Both brothers innovative, by starting many companies, from a printing shop to a cycle shop. They lived a fair life ... ĺ\Ň™ĶŻĹ◊•Ģ§Ś

Peter Busby lives in Vancouver, British Columbia, with his wife and two children. A former teacher, he is the author of two novels, Exterminating Angels and Intensive Care, and a dozen screenplays, and has co-written several works of nonfiction. First to Fly is his first book for children. David Craig, whose paintings are featured here, is highly skilled at depicting historical events and people. His many credits include the dramatic illustrations in the children's book Attack on Pearl Harbor, a series of paintings commemorating the fiftieth anniversary Of World War II, and illustrations for books, plates, and coins. 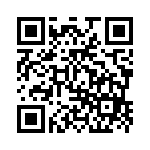