This is a fantastic story of accepting situations and people for what they are and pushing to achieve goals. Abby finds herself about to be held back if she cannot do better in school and ends up ... Š\┼¬Ą¹Įūź■żÕ

Oops I read this in one day and was sad when it ended. I thought I have another couple of chapters but when she said the farms and green fields were beautiful and I turned the page, it was all over ... Š\┼¬Ą¹Įūź■żÕ

Andrew Clements (1949ĪV2019) was the author of the enormously popular Frindle. More than 10 million copies of his books have been sold, and he was nominated for a multitude of state awards, including a Christopher Award and an Edgar Award. His popular works include About Average, Troublemaker, Extra Credit, Lost and Found, No Talking, Room One, Lunch Money, and more. He was also the author of the Benjamin Pratt & the Keepers of the School series. Find out more at AndrewClements.com. 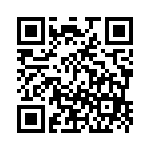