Victor H. Mair is professor of Asian and Middle Eastern studies at the University of Pennsylvania (click here for an interview with the author). 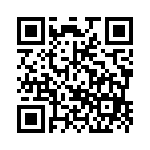