Arie Kaplan is the author of From Krakow to Krypton: Jews and Comic Books, a 2008 National Jewish Book Award Finalist and 2009 Sophie Brody Honor Book (awarded by the American Library Association). Kaplan is a comedian, MAD magazine writer, and author of the comic book miniseries Speed Racer: Chronicles of the Racer for IDW Publishing. His other comic book credits include the DC title Cartoon Network Action Pack and the Papercutz series Tales From the Crypt. Arie lectures all over the country about comic books, comedians, and popular culture. He is the author of Masters of the Comic Book Universe Revealed! (Chicago Review Press) and he°¶s also written for MTV, Cartoon Network, and PBS Kids.

JT Waldman is a comic book illustrator and interaction designer. His first graphic novel, Megillat Esther, drew from archeological, rabbinic and pop cultural sources to create a bold retelling of the biblical story of Esther. He later went on to design a web application for JPS called the Tagged Tanakh; a site that enables people to tag and contribute remarks to any word or verse in the Bible. JT is currently working on his next graphic novel with Harvey Pekar. A graduate of the University of Michigan with a B.A. in Arts and Ideas in the Humanities, Waldman also holds a technical degree in digital design from the Vancouver Film School. He also studied at the Facultad de Bellas Artes de Sevilla in Seville, Spain, the Pennsylvania Academy of Fine Arts and the Liberal Yeshiva in Jerusalem, Israel. JT lectures and offers workshops on Jewish art, comix and midrash. He also contributed to two books, From Krakow to Krypton and The Jewish Graphic Novel, that both detail the intersection of comic books and Judaism. 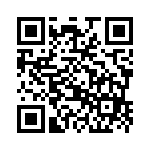