Daniel Eagan has worked for Warner Bros., MGM, and other studios as a researcher and story analyst. He edited HBO's Guide to Movies on Videocassette and Cable TV (HarperCollins) and MGM: When the Lion Roars (Turner Publishing), to which he also contributed articles. He currently writes for Smithsonian and Film Journal, and lives in New York City. 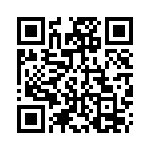