I bought this for my Granddaughter several years ago and she has told me that it is her favorite book. She has read it at least 6 times. So this year I got a copy for my other Granddaughter and Grandson. ž\ÅĒĩûŊ×Ĩū¤å

My 9 year old daughter brought this book home from school, her teacher had read it in class and she thought I might like it. We've been reading it together everyday and it is everything I can do to ... ž\ÅĒĩûŊ×Ĩū¤å

Kate DiCamillo was born in Philadelphia, Pennsylvania on March 25, 1964. She received an English degree from the University of Florida. At the age of thirty, she moved to Minneapolis, Minnesota and worked for a book warehouse on the children's floor. After working there for four and a half years, she fell in love with children's books and began writing. DiCamillo wrote the 2001 Newbery-honor book, Because of Winn-Dixie, which was adapted into a film in 2005. In 2004, she won the Newbery Medal for The Tale of Despereaux, which was also adapted into a movie in 2008, and for Flora and Ulysses in 2013. Her other works include the Mercy Watson series, The Miraculous Journey of Edward Tulane, and The Magician's Elephant. She was named the National Ambassador for Young People's Literature by the Library of Congress for the term 2014-2015. Kate's title, Raymie Nightingale, mde the New York Times bestseller list in 2016. 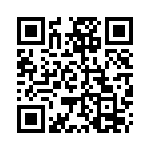