Right here is a book that I have heard about all the time, but was never assigned to read when I attended public schools. Even when I took a class on genocides in college, it was never mentioned, much ... ĺ\Ň™ĶŻĹ◊•Ģ§Ś

I really love this book. I read this book when i was younger and I read it again a few years ago. It's a very good book. A very inspirational true story. Her story is very sad and i really admire her ... ĺ\Ň™ĶŻĹ◊•Ģ§Ś

Anne Frank was born on 12 June 1929. She died in Bergen-Belsen, three months short of her sixteenth birthday.

Elie Wiesel (1928 - 2016) was born in Sighet, Transylvania, which is now part of Romania. He was fifteen years old when he and his family were deported by the Nazis to Auschwitz. After the war, Elie Wiesel studied in Paris and later became a journalist. During an interview with the distinguished French writer, Francois Mauriac, he was persuaded to write about his experiences in the death camps. The result was his internationally acclaimed memoir, La Nuitor Night, which has since been translated into more than thirty languages. 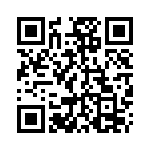