Service (Trotsky: A Biography; Stalin: A Biography) here comprehensively covers Lenin's entire life, beginning with his early influences in Ulyanovsk through his end-of-life deterioration. Lenin is shown to be a brilliant, difficult, and strident person from beginning to end. Š\┼¬Ą¹Įūź■żÕ

REBECCA EMBERLEY and her father ED EMBERLEY, winner of the Caldecott Medal for Drummer Hoff, have created the highly praised picture books Ten Little Beasties, Chicken Little, The Red Hen and The Ant and the Grasshopper. Both live in New England--Ed in Massachusetts and Rebecca in Maine. 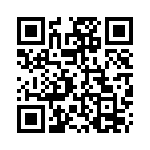