Wednesday, February 20, 1805, shortly after sunrise, in the South Pacific

Captain Amasa Delano was lying awake in his cot when his deck officer came to tell him that a vessel had been spotted coming round the southern head of Santa María, a small, uninhabited island off the coast of Chile. By the time Delano had dressed and come topside the "strange ship," as he later described it, had slackened its sails and was now drifting with the wind toward an underwater ledge. To his puzzlement, it flew no flag. It looked to be in want and, if it drew closer to the shallows, in danger. Delano hastily had water, pumpkins, and fresh fish loaded in a boat. He then ordered it hoisted down and went on board.

The weather that morning was thick and breezy but the sun rose to reveal a calm bay. The other side of the island, from where the mysterious ship had appeared, was rough. Endless breakers, sharp-toothed underwater reefs, and steep rock-faced cliffs made its coastline unapproachable, providing sanctuaries for the seals that elsewhere had been hunted to near extinction. But the islandíªs east, where the Perseverance harbored, was peaceful, the Southern Hemisphereíªs waning summer offering a harmony of lulling earth tones, brown, rich dirt, green sea, and cloudless blue skies. High bluffs blanketed by wild red thistles shielded a sandy, safe haven used by sealers and whalers to socialize, pass mailbags to ships bound home, and replenish wood and water.

As he came closer, Delano could see the shipíªs name, the Tryal, painted in English in faded white letters along its bow. He could also see that its deck was full of black-skinned people, who looked to be slaves. And when he climbed on board, the alabaster-skinned New Englander discovered himself surrounded by scores of Africans and a handful of Spanish and mulatto sailors telling their "stories" and sharing their "grievances" in a babel of languages.

They spoke in Wolof, Mandinka, Fulani, and Spanish, a rush of words indecipherable in its details but soothing to Delano in its generalities. Earlier, as his men rowed toward the ship, he could see that its sails were tattered. What should have been an orderly web of rigging and tackle was a wooly mash. Its hull, calcified, moss covered, and pulling a long trail of sea grass, gave off a greenish tint. But he knew it was a common piratesíª ploy to make ships appear distressed in order to lure victims on board. Napoleon had just crowned himself emperor of the French, Madrid and Paris were at war with London, and privateers were raiding merchant ships at will, even in the distant South Pacific. Now, though, hollow cheeks and frantic eyes confirmed that the misery was real, turning Delanoíªs fears into "feelings of pity."

Amasa Delano was on board the Tryal for about nine hours, from around seven in the morning to a little after four in the afternoon. Having sent his away team back to the island to fill the Tryalíªs casks with water, he spent most of the day alone among its voyagers, talking with its captain, helping to distribute the food and water he had brought with him, and securing the ship so it didníªt drift. Delano, a distant cousin of Franklin Delano Roosevelt, from a respected shipbuilding and fishing family on the Massachusetts coast, was an experienced mariner in the middle of his third sail around the world. Yet he couldníªt see that it was the Tryalíªs slaves, and not the man who introduced himself as its master, who were in command.

Led by an older man named Babo and his son Mori, the West Africans had seized control of the Tryal nearly two months earlier and executed most of its crew and passengers, along with the slave trader who was taking them to Lima. They then ordered Benito Cerreño, the vesselíªs owner and captain, to sail them to Senegal. Cerreño stalled, afraid of rounding Cape Horn with only a handful of sailors and a ship full of mutinous slaves. He cruised first up and then down the Chilean coast, before running into Delanoíªs Perseverance. The slaves could have fought or fled. Instead, Babo came up with a plan. The West Africans let Delano come on board and they acted as if they were still slaves. Mori stayed at Cerreñoíªs side and feigned to be a humble and devoted servant. Cerreño pretended he was still in charge, making up a story about storms, doldrums, and fevers to account for the state of his ship and the absence of any officer besides himself.

Delano didníªt know what to make of Cerreño. He remained uneasy around him, even after he had convinced himself that he wasníªt a brigand. Delano mistook Cerreñoíªs vacant stareíXthe effect of hunger and thirst and of having lived for almost two months under a death threat, after having witnessed most of his crew being executedíXfor disdain, as if the aristocratic-looking Spaniard, dressed in a velvet jacket and loosely fitting black pants, thought himself too good to converse with a pea-coated New Englander. The West Africans, especially the women, also made Delano uncomfortable, though he couldníªt say why. There were nearly thirty females on board, among them older women, young girls, and about nine mothers with suckling infants. Once the food and water had been doled out, the women took their babies and gathered together in the stern, where they began to sing a slow dirge to a tune Delano didníªt recognize. Nor did he understand the words, though the song had the opposite effect on him than did the soothing mix of languages that had welcomed his arrival.

Then there was Cerreñoíªs servant, Mori, who never left his masteríªs side. When the two captains went below deck, Mori followed. When Delano asked Cerreño to send the slave away so they could have a word alone, the Spaniard refused. The West African was his "confidant" and "companion," he insisted, and Delano could speak freely in front of him. Mori was, Cerreño said, "captain of the slaves." At first, Delano was amused by the attentiveness Mori paid to his masteríªs needs. He started, though, to resent him, vaguely blaming the black man for the unease he had felt toward Cerreño. Delano became fixated on the slave. Mori, he later wrote, "excited my wonder." Other West Africans, including Moriíªs father, Babo, were also always around, "always listening." They seemed to anticipate Delanoíªs thoughts, hovering around him like a school of pilot fish, moving him first this way, then that. "They all looked up to me as a benefactor," Delano wrote in his memoir, A Narrative of Voyages and Travels in the Northern and Southern Hemispheres, published in 1817, still, twelve years after the fact, confusing how he thought the rebels saw him that day with how they actually did see him.

It was only in the late afternoon, around four oíªclock, after his men had returned with the additional food and supplies, that the ploy staged by the West Africans unraveled. Delano was sitting in the stern of his away boat, about to return to the Perseverance, when Benito Cerreño leapt overboard to escape Mori and came crashing down at his feet. It was at that point, after hearing Cerreñoíªs explanation for every strange thing he saw on board the Tryal, that Delano realized the depth of the deception. He then readied his men to unleash a god-awful violence.1

Over the years, this remarkable affairíXin effect a one-act, nine-hour, full-cast pantomime of the master-slave relation performed by a group of desperate, starving, and thirsty men and women, most of whom didníªt speak the language of their would-be captorsíXinspired a number of writers, poets, and novelists, who saw in the masquerade lessons for their time. The Chilean poet Pablo Neruda, for example, thought the boldness of the slaves reflected the dissent of the 1960s. In the last years of his life, Neruda started first a long poem and then a screenplay that he called "Babo, the Rebel." More recently the Uruguayan Tomás de Mattos wrote a Chinese box of a novel, La Fragata de las máscaras, which used the deception as a metaphor for a world where reality wasníªt what was hidden behind the mask but the mask itself.2

But by far the most famous story inspired by the events on the Tryal, and one of the most haunting pieces of writing in American literature, is Herman Melvilleíªs Benito Cereno. Whether he was impressed with the slavesíª wile or intrigued by Amasa Delanoíªs naïveté, Melville took chapter 18 of Amasa Delanoíªs long memoir, "Particulars of the Capture of the Spanish Ship Tryal," and turned it into what many consider his other masterpiece.

Melville uses the ghostly ship itself to set the scene, describing it as if it came not from the other side of the island but out of the depths, mantled in vapors, "hearse-like" in its roll, trailing "dark festoons of sea-grass," its rusted main chain resembling slave chains and its ribs showing through its hull like bones. Readers know there is evil on board, but they doníªt know who or what it is or where it might lurk.3

Apart from a wholly invented ending, Benito Cereno, published in installments in a magazine called Putnamíªs Monthly in late 1855, is mostly faithful to Delanoíªs account: after the ruse is revealed, the ship is captured and its rebels turned over to Spanish authorities. But it is what happens on the ship, which takes up two-thirds of the story, that led reviewers at the time to comment on its "weird-like narrative" and to describe reading it as a "creeping horror."4

Most of Benito Cereno takes place in the fictional Delanoíªs mind. Page after page is devoted to his reveries, 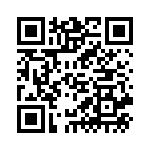