In his pre-1949 incarnation, Mao Zedong firmly believed that empirical social research should serve as the foundation for correct revolutionary policy. On several occasions he himself carried out such ... æ\≈™µ˚Ω◊•˛§Â

Mao Tse-tung is, of course, best known as a political leader, having held power in the People's Republic from its founding in 1949 until his death, as president until 1959 and then as chairman of the Communist party. He undertook some of the most radical social experiments in human history, and although he has been dead for many years, he still casts a long shadow over current events in Asia, and his legacy is still hotly debated. Born into a prosperous peasant family in Hunan Province, Mao first came into contact with revolutionary writings during the decade of the 1910s. He was present at the founding of the Communist party in 1921 and had already risen to prominence by 1935. It was after the heroic Long March, while the Communists were consolidating their power in their northwest base in Yenan, that Mao Tse-tung held his Forum on Literature and Art, which, as Howard L. Boorman has said, "drew a firm line across the page of modern Chinese creative writing and promulgated what has since become, with some later variations, the "correct' analysis of the literary and aesthetic principles designed to guide the "progressive' writers and artists of China." Essentially, it was to be a literature shaped by "Party spirit," designed for the masses (particularly workers, peasants, and soldiers), and written in a bold, simple, and earthy style. There would be no toleration of "art for art's sake," or subjective inspiration, or other bourgeois themes or tendencies. Literature's sole aim would be to serve politics. One can find many examples of the approved content and style in Mao's own writings. His speeches and essays are strongly colored by his rural roots; one finds an earthy humor and terseness of expression that are reminiscent of many traditional works in the colloquial language. Mao's poetry is a bit more complicated. Having been educated to some extent in the classical tradition, he has always favored the tz'u form for his own verse. And, although he does conform to the time-honored metrical rules, in many ways his poems mark a break with the past in their strong egotism, preference for the present over the past, and desire to conquer nature rather than to live in passive harmony with it. However, his sentimentality and use of imagery still confirm his strong identification with the lyric past, and even many Chinese who disagree with his politics can nevertheless find pleasure in his verses. 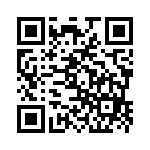