≤ƒ 85 ≠∂
As Negri and Hardt maintain , affective labor is in great need , in place of the disruption caused by massive global flows of ideologies , capital and people : °ß Affective labor , then , is labor that produces or manipulates affects ...
≤ƒ 123 ≠∂
One should bear in mind , however , that the value of Roman script is not intrinsic to itself ; rather , its value stems from the symbolic power that is , in turn , transposed by capital and power from other fields .
≤ƒ 126 ≠∂
Such a translingual practice on the international level , however , has been shaped by political and economic power through the conversion of different forms of capital in different fields . In the contemporary era , the value of ... 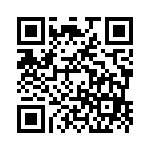