Insightful and timeless. I didn't realise until halfway through that this was written a century ago. Makes good points about the problems with democracy and limits to informed decision making. ¾\ÅŖµū½×„ž¤å

WALTER LIPPMANN (1889-1974) was an American newspaper commentator and author. After graduating from Harvard, he co-founded the influential liberal magazine The New Republic in 1913. At the end of World War I, he became an adviser to President Wilson and assisted in drafting Wilson's Fourteen Points Speech. In 1931 Lippmann started writing a column Today and Tomorrow in the New York Herald Tribune, which was syndicated in more than 250 newspapers worldwide, and which earned him one of his two Pulitzer Prizes. Throughout his long career, Lippmann was highly praised and known as the Father of Modern Journalism. 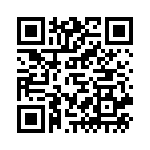