Okonkwo is well-known in the nine villages making up Umuofia, a locality populated by the Igbo people in what is now Nigeria. Famous initially for his prowess in wrestling, and then more and more for ... Š\┼¬Ą¹Įūź■żÕ

Wow. For the first half of this book I thought it a bit artless and frustrating, but it turns into a very much cleverer and more subtle work than I had been expecting. Ultimately the book is utterly ... Š\┼¬Ą¹Įūź■żÕ

Chinua Achebe was born in Nigeria in 1930. He was raised in the large village of Ogidi, one of the first centers of Anglican missionary work in Eastern Nigeria, and is a graduate of University College, Ibadan.Cited in the London Sunday Times as one of the "1,000 Makers of the Twentieth Century" for defining "a modern African literature that was truly African" and thereby making "a major contribution to world literature," Chinua Achebe has published novels short stories, essays, and children's books. His volume of poetry, Christmas in Biafra, written during the Biafran War, was the joint winner of the first Commonwealth Poetry Prize. Of his novels, Arrow of God won the New Statesman--Jock Campbell Award, and Anthills of the Savannah was a finalist for the 1987 Booker Prize. Things Fall Apart, Chinua Achebe's masterpiece, has been published in fifty different languages and has sold millions of copies in the United States since its original publication in 1958-1959.Mr. Achebe lives with his wife in Annandale-on-Hudson, New York, where they teach at Bard College. They have four children and three grandchildren.


From the Hardcover edition. 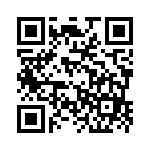