My Long March From Mao to Now 1996 book by Chinese-Canadian journalist Jan Wong,Westerner to study in China during the Cultural Revolution. 1st Chairman of the Communist Party of China Mao Zedong Ê·泽 ... ƒ\éˆç«§æË±ÊÍ

There's certainly an interesting story here, but it's bogged down by the author's clumsy, insensitive and pathetic attempts at humor. Although her personal story is integral, many of her anecdotes ... ƒ\éˆç«§æË±ÊÍ

Jan Wong was the much-acclaimed Beijing correspondent for The Globe and Mail from 1988 to 1994. She is a graduate of McGill University, Beijing University and the Columbia University Graduate School of Journalism. She is the recipient of a (US) George Polk Award, the New England WomenÀÎs Press Association Newswoman of the Year Award, the (Canadian) National Newspaper Award and a Lowell Thomas Travel Journalism Silver Medal, among other honours for her reporting. Wong has also written for The New York Times, The Gazette in Montreal, The Boston Globe and The Wall Street Journal.

Her first book, Red China Blues: My Long March From Mao to Now, was named one of Time magazineÀÎs top ten books of 1996 and remains banned in China. It has been translated into Swedish, Finnish, Dutch and Japanese, and optioned for a feature film.

Jan Wong is a third-generation Canadian, born and raised in Montreal. She first went to China in 1972 at the height of the Cultural Revolution as one of only two Westerners permitted to enrol at Beijing University. There, she renounced rock music, wielded a pneumatic drill at a factory and hauled pig manure in the paddy fields. She also met and married the only American draft dodger from the Vietnam War in China. During those six years in China, she learned fluent Mandarin and earned a degree in Chinese history.

From 1988 to 1994, Jan Wong returned as China correspondent for the Globe and Mail. In reporting on the tumultuous new era of capitalist reforms under Deng Xiaoping, she reacquainted herself with old friends and enemies from her radical past. In 1989, she dodged bullets in Tiananmen Square, fought off a kidnapping attempt and caught the Chinese police red-handed driving her stolen Toyota as a squad car. (They gave it back.)

She returned to China in 1999 to make a documentary and to research her second book, Jan WongÀÎs China: Reports from a Not-So-Foreign Correspondent. It tells the story of ChinaÀÎs headlong rush to capitalism and offers fresh insight into a country that is forever changing.

Jan Wong lives with her husband and two sons in Toronto where she is a reporter at The Globe and Mail. The best of her weekly celebrity-interview columns, ÀÏLunch With,À´ which ran for five years, have been published in a book of the same name. 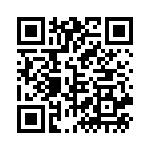