Notes on Theodore Dreiser's two-month 192728 tour of the Soviet Union that provided the material for the book Dreiser Looks at Russia (1928). Its title notwithstanding, much of this ``diary'' was ... æ\≈™µ˚Ω◊•˛§Â

Dreiser, a leading voice in the American naturalist movement (Sister Carrie, An American Tragedy), visited the Soviet Union during the winter of 1927-28 at the invitation of the fledgling Soviet ... æ\≈™µ˚Ω◊•˛§Â 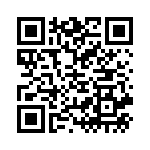