Nicholas is a bright boy who likes to make trouble at school, creatively. When he decides to torment his fifth-grade English teacher, Mrs. Granger (who is just as smart as he is), by getting everyone ... Š\┼¬Ą¹Įūź■żÕ

This was my first Andrew Clements book, so maybe that's why it's my favorite. My family listened to the audio version of this while in the car on vacation. EVERY ONE of us LOVED it! Do you know what ... Š\┼¬Ą¹Įūź■żÕ 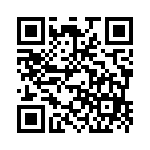