Fahrenheit 451 reads like a prediction for the present. Published in 1953, this story predicts our media-obsessed culture, holding up a mirror and hoping we'll look up from our screens long enough to ... ĺ\Ň™ĶŻĹ◊•Ģ§Ś

I'm so glad I finally got around to reading this book. Keeping in mind that it was written, in its final format anyway, in 1951, helps with the appreciation of what a true gem it is. So much has been ... ĺ\Ň™ĶŻĹ◊•Ģ§Ś

Ray Bradbury was born in Waukegan, Illinois on August 22, 1920. At the age of fifteen, he started submitting short stories to national magazines. During his lifetime, he wrote more than 600 stories, poems, essays, plays, films, television plays, radio, music, and comic books. His books include The Martian Chronicles, Fahrenheit 451, The Illustrated Man, Dandelion Wine, Something Wicked This Way Comes, and Bradbury Speaks. He won numerous awards for his works including a World Fantasy Award for Life Achievement in 1977, the 2000 National Book Foundation Medal for Distinguished Contribution to American Letters, the 2004 National Medal of Arts, and the 2007 Pulitzer Prize Special Citation. He wrote the screen play for John Huston's classic film adaptation of Moby Dick, and was nominated for an Academy Award. He adapted 65 of his stories for television's The Ray Bradbury Theater, and won an Emmy for his teleplay of The Halloween Tree. The film The Wonderful Ice Cream Suit was written by Ray Bradbury and was based on his story The Magic White Suit. He was the idea consultant and wrote the basic scenario for the United States pavilion at the 1964 World's Fair, as well as being an imagineer for Walt Disney Enterprises, where he designed the Spaceship Earth exhibition at Walt Disney World's Epcot Center. He died after a long illness on June 5, 2012 at the age of 91. 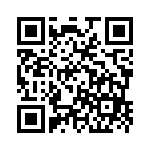