Timothy Brook is a historian of China since the fourteenth century. He is currently Professor of Chinese History in the Department of History at the University of British Columbia, where he holds the Republic of China Chair at the Institute for Asian Research. Previous appointments include Mactaggart Fellow at the University of Alberta, Professor of History at the University of Toronto and Stanford University, and Shaw Professor of Chinese at the University of Oxford, from 2007 to 2009. He has published five books on the Ming dynasty, three on China in the twentieth century, and one on global history. He was also the General Editor of the six-volume History of Imperial China. His most widely read and translated book is Vermeer's Hat: The Seventeenth Century and the Dawn of the Global Age, awarded the Mark Lynton Prize from the Columbia School of Journalism and the Nieman Foundation at Harvard University, and the Prix Auguste Pavie from the Académie des Sciences d'Outre-mer. 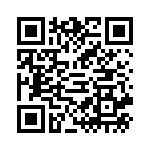