An evening's entertainment: the age of the silent feature picture, 1915-1928

These are the initial three volumes in a projected ten-volume series, scheduled for completion in 1993, which explores American cinema through the 1980s. Musser, who teaches film studies at NYU and ... Š\┼¬Ą¹Įūź■żÕ 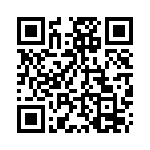