▓─ 4 ŁČ
I heard the words Ī¦resist nothing,Ī© as if spoken inside my chest. I could feel myself being sucked into a void. It felt as if the void was inside myself rather than outside. Suddenly, there was no more fear, and I let myself fall into ...
▓─ 11 ŁČ
Ī¦Ever looked inside?Ī© asked the stranger. Ī¦No,Ī© said the beggar. Ī¦What's the point? There's nothing in there.Ī© Ī¦Have a look inside,Ī© insisted the stranger. The beggar managed to pry open the lid. With astonishment, disbelief ...
▓─ 19 ŁČ
When these gaps occur, you feel a certain stillness and peace inside you. This is the beginning of your natural state of felt oneness with Being, which is usually obscured by the mind. With practice, the sense of stillness and peace ...
▓─ 26 ŁČ
For example, I have observed that people who carry a lot of anger inside without being aware of it and without expressing it are more likely to be attacked, verbally or even physically, by other angry people, and often for no apparent ...
▓─ 27 ŁČ
Make it a habit to ask yourself: What's going on inside me at this moment? That question will point you in the right direction. But don't analyze, just watch. Focus your attention within. Feel the energy of the emotion.
żUż@ŁČ »

A book I read over and over again. The lessons in living in the present moment. I recommend this book to anyone who is looking to slow down and live life as it is...not how they are wanting it to be different. Š\┼¬Ą¹Įūź■żÕ

Review: The Power of Now: A Guide to Spiritual Enlightenment

Spiritual Enlightenment is not what I need, instead, just in last month, I inspired from the name of this book, on why the status of "NOW" is the most important thing I need to care about. Basically I ... Š\┼¬Ą¹Įūź■żÕ 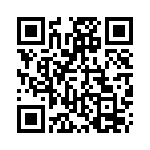