This is a book that I think everyone should read for it's historical significance and it's insight into the life of a girl hiding from the Nazi regime. It almost should have more stars on that basis ... ĺ\Ň™ĶŻĹ◊•Ģ§Ś

Of course I knew exactly what The Diary of a Young Girl was before I started reading it. I quickly realised that, even though I knew what it was, I had no idea what it would be like. In many ways it ... ĺ\Ň™ĶŻĹ◊•Ģ§Ś

Anne Frank was born on 12 June 1929. She died in Bergen-Belsen, three months short of her sixteenth birthday. 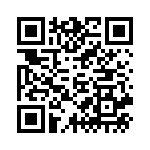