G. PATRICK MARCH pursued a 30-year career in cryptology with the U.S. Navy which involved duty in Asia, Europe and Africa. After final tours with the National Security Agency and the office of the Chief of Naval Operations, he retired with the rank of Rear Admiral. He has been a lecturer of history at the University of Hawaii and is the author of Cossacks of the Brotherhood (1990), with articles appearing in Pacific Historical Review and Sibirica. 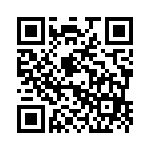