Aarggh. I have enjoyed Anne Fines books in the past - but this one I read the first few chapters, flicked through the rest and read the last chapter. I can see it might inspire some people but maybe I'm finally growing out of my adolescence. ĺ\Ň™ĶŻĹ◊•Ģ§Ś

In a "sort-of Russia, in a sort-of 1930s, under a Stalin-type leader," young Yuri casually criticizes his government and must immediately flee to the countryside, beginning a dark journey across a ... ĺ\Ň™ĶŻĹ◊•Ģ§Ś

Anne Fine was the second Children's Laureate in Britain between 2001 and 2003. She is a two time winner of the Carnegie Medal, Britain's most coveted children's literature award, and has also won the Guardian Children's Literature Award, the Whitbread Children's Novel Award twice, and a Smarties Prize. She also won the Publishing News Children's Author of the Year Award in 1990 and again in 1993. In 2010 she won the inaugural Good Writing Award. Her books for older children include the award winning The Tulip Touch, Goggle-Eyes, which was adapted for television by the BBC and The Devil Walks. Twentieth Century Fox filmed her novel Madame Doubtfire as Mrs Doubtfire, starring Robin Williams. She also writes critically acclaimed adult novels as well. Her work has been translated into twenty-five languages, and has over forty books to her credit. 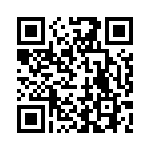