≤ń vii ≠∂
The People's Army: Serving Whose Interests? 17 June Teufel Dreyer September 1994 2. Uncertainty, Insecurity, and China's Military Power 27 Paul H. B. Godwin September 1997 3. Does China Have a Grand Strategy?
≤ń 3 ≠∂
This provides a resource for researchers who want to check the timing or sequence of events on a topic of interest to them. Foreign Policy and National Security The transformation of Chinese foreign policy in the past three decades has ...
≤ń 4 ≠∂
... foreign policy was going to be more focused on Chinese interests than communist solidarity. The lowest point in Deng's rule took place in June 1989, when he ordered Chinese troops to clear Beijing's Tiananmen Square of protestors.
≤ń 5 ≠∂
Two of the chapters in this volume deal directly with the modernization of the People's Liberation Army (PLA).4 June Teufel Dreyer's 1994 piece, °ßThe People's Army: Serving Whose Interests?°® highlights the dilemmas that China's ...
≤ń 9 ≠∂
There are also solid macroeconomic reasons for thinking it is in China's interest to gradually move the exchange rate to its real market value. The Chinese economy is currently growing at over 11% per year, inflation is picking up, ...
§U§@≠∂ »

Included here are 18 essays reprinted from the last decade ofCurrent History , the magazine in which top scholars summarize current developments for a general audience. Coverage is more detailed than ... ĺ\Ň™ĶŻĹ◊•Ģ§Ś

Included here are 18 essays reprinted from the last decade ofCurrent History , the magazine in which top scholars summarize current developments for a general audience. Coverage is more detailed than ... ĺ\Ň™ĶŻĹ◊•Ģ§Ś

≤ń 88 ≠∂ - With the drifting, crooked shadows of the dead. The Ice Age is over now, Why is there still ice everywhere? The Cape of Good Hope has been discovered, Why do a thousand sails contest the Dead Sea? I come into this world Bringing only paper, rope, a shadow, To proclaim before the judgment The voices of the judged: Let me tell you, world, I °X do °X not °X bel ieve!
•X≤{¶b 13 ģ—ńy§§°Aģ…∂°Ĺd≥Ú°G1941-2008
≤ń 158 ≠∂ - Deng uttered the famous words "it doesn't matter whether the cat is black or white; as long as it catches mice, it's a good cat.
•X≤{¶b 134 ģ—ńy§§°Aģ…∂°Ĺd≥Ú°G1946-2008
ßů¶h
≤ń 196 ≠∂ - The Political and Social Implications of China's Accession to the WTO,
•X≤{¶b 26 ģ—ńy§§°Aģ…∂°Ĺd≥Ú°G2002-2007
≤ń 107 ≠∂ - Uyghur firmly believes that their ancestors were the indigenous people of the Tarim basin, which did not become known in Chinese as "Xinjiang" ("new dominion") until the 18th century.
•X≤{¶b 8 ģ—ńy§§°Aģ…∂°Ĺd≥Ú°G2001-2007
≤ń 79 ≠∂ - Four Basic Principles" to be upheld are: the socialist road; the dictatorship of the proletariat; Communist party leadership; and the leading role of "Marxism-Leninism-Mao Zedong thought.
•X≤{¶b 10 ģ—ńy§§°Aģ…∂°Ĺd≥Ú°G1941-2007
≤ń 196 ≠∂ - ... country that still describes itself as socialist, these trends are difficult to justify and could provide an easy rallying point for any opposition. Combined with rising income inequality, the unequal distribution of resources across local authorities and the incentives for spending priorities account for the huge variation in the provision of public goods and services during the transition. Access to health and education services was still widely available in the 1980s, but became more dependent...
•X≤{¶b 5 ģ—ńy§§°Aģ…∂°Ĺd≥Ú°G2003-2008
≤ń 108 ≠∂ - Chinese, the Uyghur distinguish themselves as the legitimate autochthonous minority, since both share a belief in Sunni Islam. In contrast to the nomadic Muslim peoples (Kazakh or Kyrgyz), Uyghur might stress their attachment to the land and oases of origin.
•X≤{¶b 9 ģ—ńy§§°Aģ…∂°Ĺd≥Ú°G1998-2007
≤ń 206 ≠∂ - More than 75 percent of the water in rivers flowing through China's urban areas is unsuitable for drinking or fishing.
•X≤{¶b 5 ģ—ńy§§°Aģ…∂°Ĺd≥Ú°G2003-2007
≤ń 217 ≠∂ - Basic Law of the Macao Special Administrative Region of the People's Republic of China...
•X≤{¶b 31 ģ—ńy§§°Aģ…∂°Ĺd≥Ú°G1947-2007
≤ń 87 ≠∂ - Asian countries and become the largest economy in the world by the early twenty- first century. In this vision of the future, the Chinese people will take great pride in a respected, militarily powerful, and politically active nation that will keep Asia free from Japanese or extra-regional domination. China will be the new global center. Such is the nationalism promoted by rulers in Beijing. This authoritarian, militarist, Confucian nationalist project of the north is challenged by a vision emanating...
•X≤{¶b 4 ģ—ńy§§°Aģ…∂°Ĺd≥Ú°G1941-2007
łŻ§÷

David B. H. Denoon is Professor of Politics & Economics and Director of the Center on U.S.-China Relations at New York University. He is the author and co-editor of many books, including China, the United States, and the Future of Latin America. 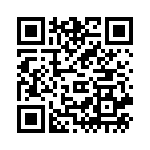