Timothy R. Heath is Senior International and Defense Analyst at the RAND Corporation and a recognized expert on Chinese strategy and political-military topics. He served for five years as the senior analyst in the United States Pacific Command (USPACOM) China Strategic Focus Group and has over fifteen years of experience in the US government as a specialist on China. Mr. Heath has authored many articles and a book chapter on topics related to Chinese security and political issues. He earned his MA in Asian Studies from George Washington University and speaks fluent Mandarin Chinese. 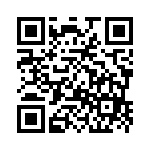