The most beautiful book, in my judgment, of the century's greatest philosopher. Leo Strauss provides a guide to the thoughts of his great teacher and rival, Niccolo Machiavelli, and therewith to his own thoughts. 閱讀評論全文

Strauss always makes good on his promise to demonstrate the folly of insisting that everything has a meaning, but you can't read this book without realizing how poorly you read Machiavelli the first time. There are a few nice observations, though. 閱讀評論全文 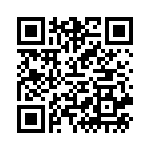