Charming and cute - I somehow missed reading this and my youth. Like the title implies this story is about a cricket who ends up in New York City after getting stuck in a picnic basket. A young boy ... ĺ\Ň™ĶŻĹ◊•Ģ§Ś

This is the story of Chester Cricket, who arrives from Connecticut, in the Times Square subway station. Chester is found by Mario Bellini, a boy whose family runs a newsstand. Mario adopts Chester and ... ĺ\Ň™ĶŻĹ◊•Ģ§Ś 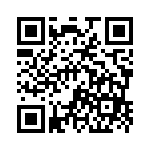