The most popular current writer of humorous verse for children, Shel Silverstein was born in Chicago, Illinois, has been married and divorced, has one daughter, and currently lives in Brooklyn, New York. His career includes composing popular songs, drawing cartoons, writing many adult articles (several for Playboy), and acting. However, he is best known for his self-illustrated children's poetry. His first such book was Uncle Shelby's Story of Lafcadio, the Lion Who Shot Back (1963), the humorous tale of a lion who turns the tables on hunters. It was followed by The Giving Tree (1964), a story of a parentlike tree that gives endlessly and is endlessly used by its son. Several other such picture books followed, including The Missing Piece (1976), about a circle that goes in search of a missing piece, and its sequel, The Missing Piece Meets the Big O (1981). However, two collections of poetry are probably his best-loved work: Where the Sidewalk Ends: The Poems and Drawings of Shel Silverstein (1974), and A Light in the Attic (1981). All of Silverstein's poetry for children employs the language play common to Lewis Carroll and Edward Lear. Silverstein is probably the best of the contemporary nonsense poets for children. 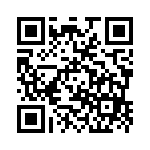