In a future dystopian world, firemen start fires rather than put them out. In particular, their specific task is to burn any printed material they find. Books have been banned by a government ... ĺ\Ň™ĶŻĹ◊•Ģ§Ś

Fahrenheit 451 reads like a prediction for the present. Published in 1953, this story predicts our media-obsessed culture, holding up a mirror and hoping we'll look up from our screens long enough to ... ĺ\Ň™ĶŻĹ◊•Ģ§Ś

Ray Bradbury (1920-2012) was the author of more than three dozen books, including Fahrenheit 451, The Martian Chronicles, The Illustrated Man, and Something Wicked This Way Comes, as well as hundreds of short stories. He wrote for the theater, cinema, and TV, including the screenplay for John Huston's Moby Dick and the Emmy Award-winning teleplay The Halloween Tree, and adapted for television sixty-five of his stories for The Ray Bradbury Theater. He was the recipient of the 2000 National Book Foundation's Medal for Distinguished Contribution to American Letters, the 2007 Pulitzer Prize Special Citation, and numerous other honors. 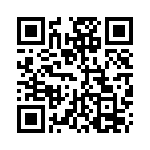