R. H. Ettinger is Professor of Psychology at Eastern Oregon University. His research focuses on psychopharmacology, and includes investigations of the neural mechanisms underlying feeding and addiction. Notably, it has led to the development of an anti-cocaine antibody and an understanding of the role of Pavlovian conditioning in drug tolerance and addiction. 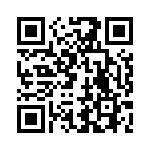